There are three concepts I need you to grasp before we begin: containers, images, and registries. 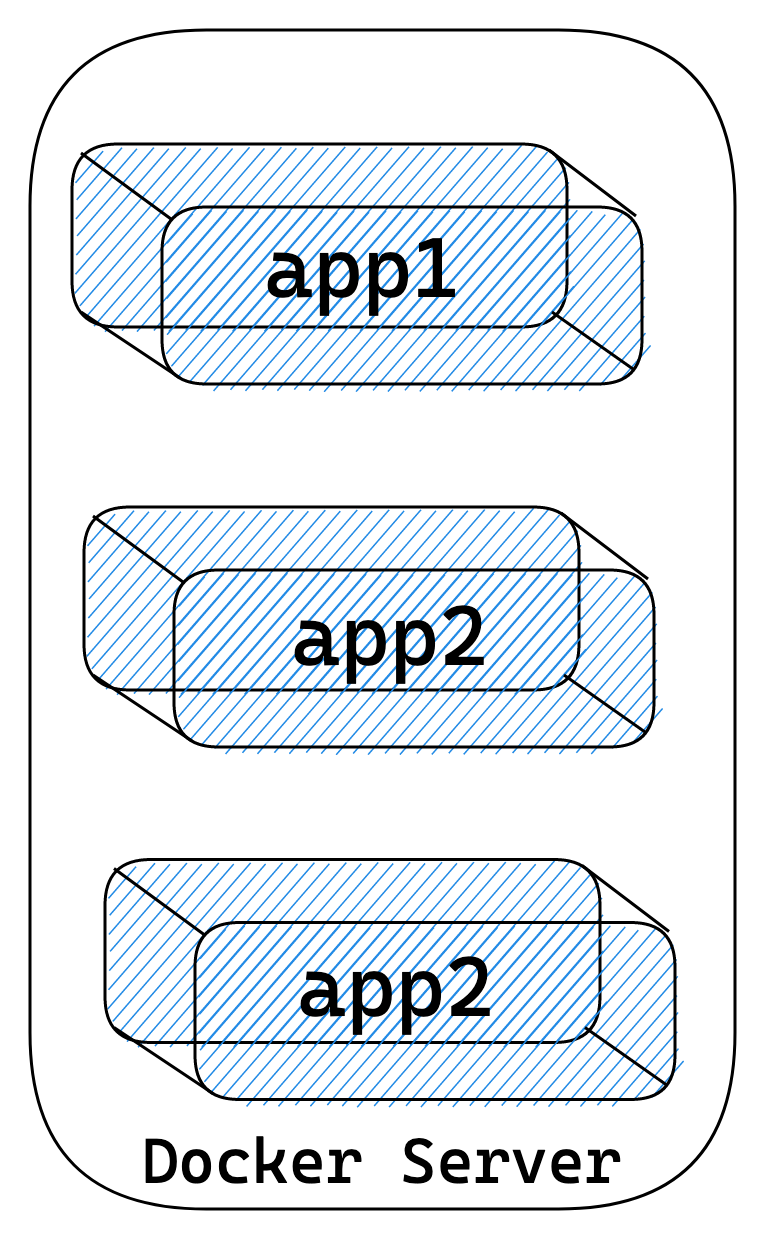 The fact that there are two app2 containers in the schema above is normal; this is typically the case when a server hosts a release and a test version. Which means you could host both versions on the same server. In fact, each container has its own ID, but let’s keep things simple for now.

Any container that runs is created from an image. An image describes everything that is needed to create a container; it is a template for containers. You may create as many containers as needed from a single image. The whole picture looks like: 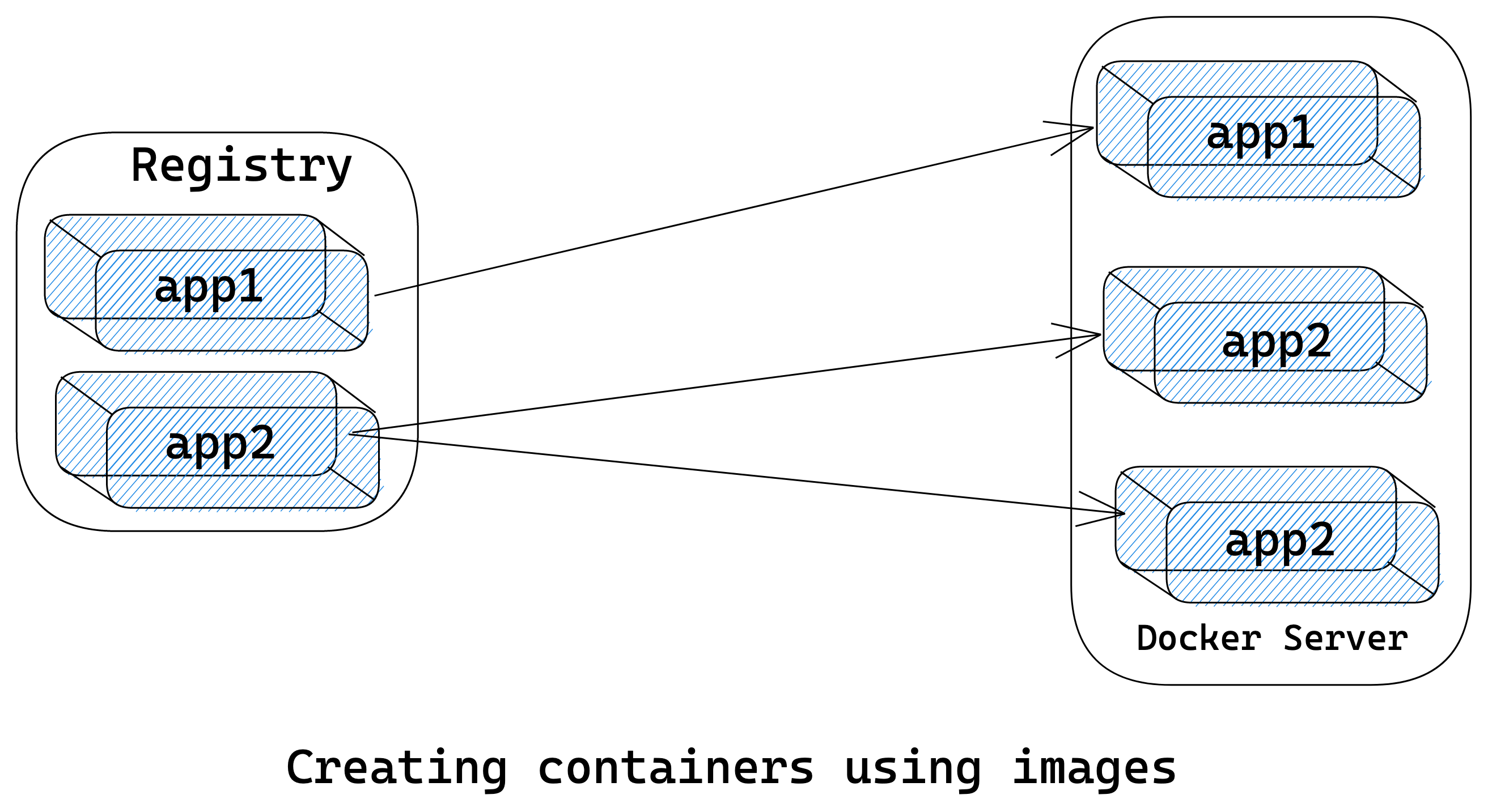 Images are stored in a registry. In the example above, the app2 image is used to create two containers. Each container lives its own life, and they both share a common root: their image from the registry.