Run the following command on a command-line:

Congratulations, you just ran your first container! Here’s what just happened in detail: 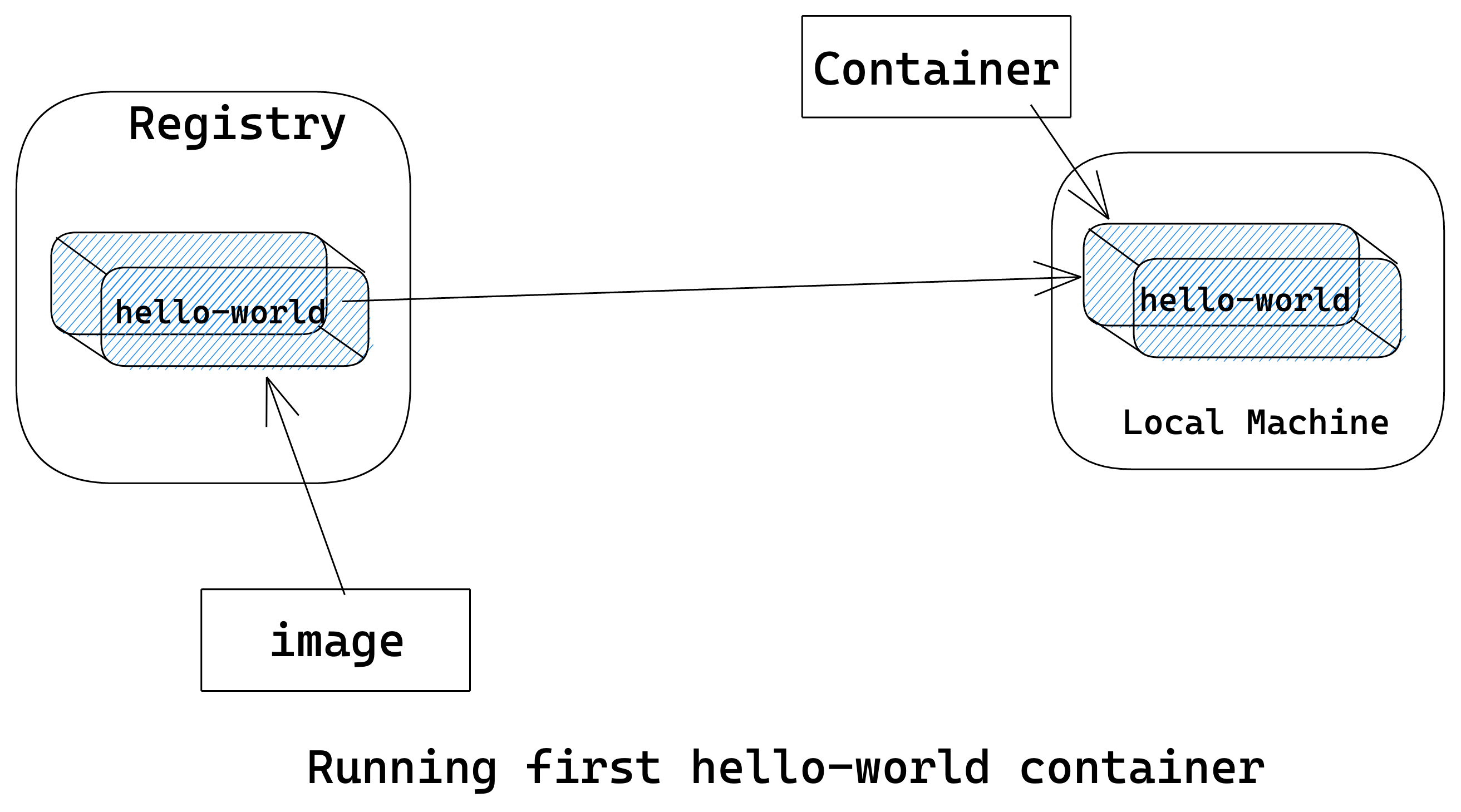 If you run the same command again, you’ll see that all the above steps are being repeated except for step 2; this is because the image does not need to be downloaded as it is already present on your machine from the first time you ran the command. This is a simple optimization, but you’ll see later that Docker optimizes many more steps. As such, Docker makes scarce use of a machine’s resources.