Components and Stages Involved in a Pod’s Scheduling

Let’s discuss some of the details of Kubernetes components, and try to get an understanding of how Pod scheduling works. Three major components were involved in the process:

Kubelet runs on each node. Its primary function is to make sure that assigned pods are running on the node. It watches for any new Pod assignments for the node. If a Pod is assigned to the node Kubelet is running on, it will pull the Pod definition and use it to create containers through Docker or any other supported container engine.

The sequence of events that transpired with the kubectl create -f pod/db.yml command is as follows: 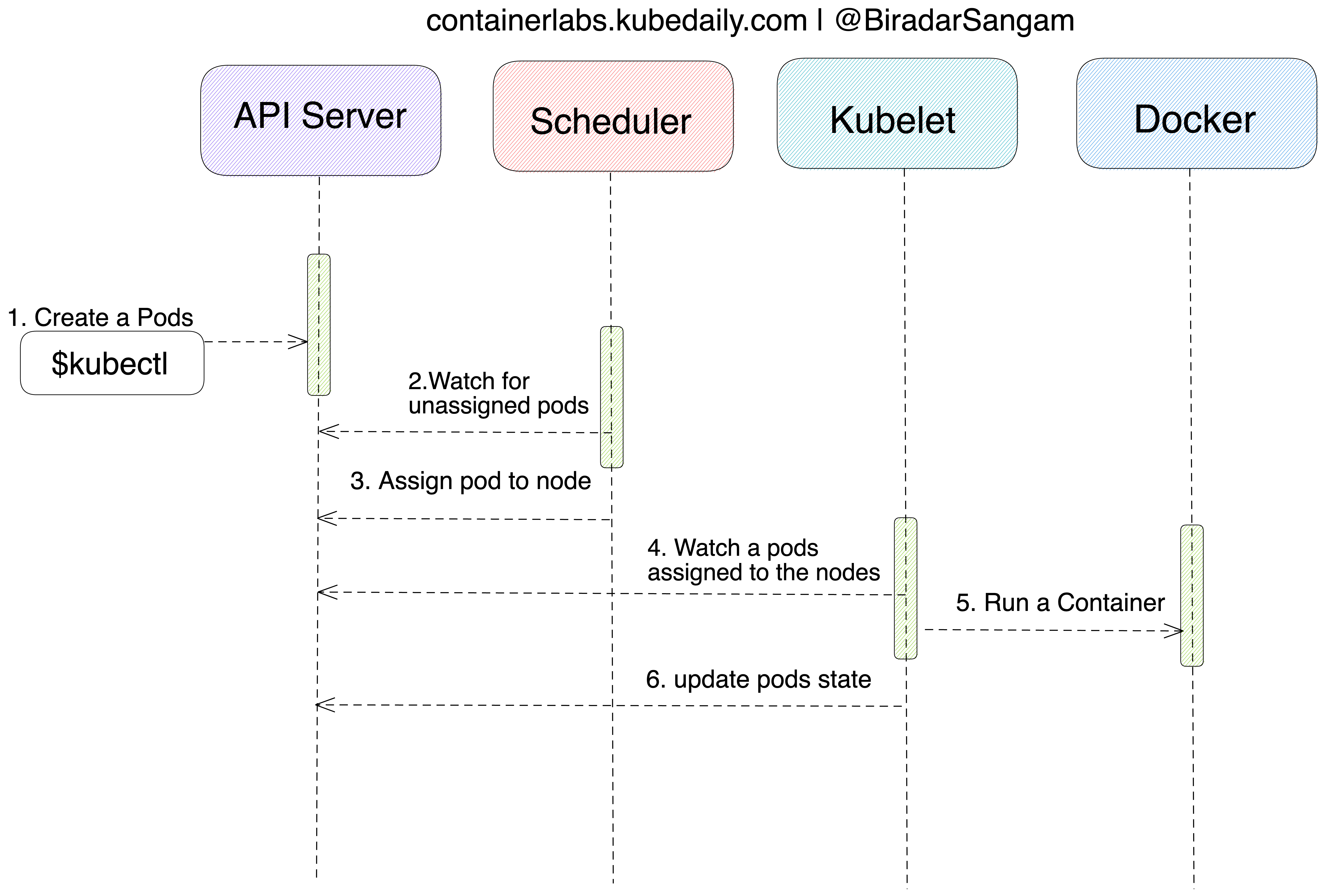 The above illustration shows us the sequence of events associated with a Pod’s scheduling.